Elmano Sancho is bilingual in Portuguese and French and is fluent in Spanish and English. He holds a diploma in training for actors from the School of Theatre and Cinema/ESTC in Lisbon and has also studied in Madrid (at the Royal School of Drama/RESAD), São Paulo/Brazil (at the University of Sao Paulo/ECA-USP) and in Paris (at the Conservatoire National Supérieur d´Art Dramatique de Paris/CNSAD).

He was nominated as best actor of the year 2012 by TimeOut magazine with Herodíade.

In September 2014, he directed and performed Misterman by Enda Walsh and received the SPAAUTORES/2015 award of best actor.

He worked and studied with SITI COMPANY (Anne Bogart) in New York from October 2014 to May 2015.

In December 2015, he directed his second play I Can´t Breathe and received the Special Mention of the Critics’ Prize from The Portuguese Theatre Critics Association/2016. The play has been nominated as best play for the SPAAUTORES 2016.

In January 2017, he presented his third play I Don´t Want To Die in Portugal and the National Theatre in Colombia.

In 2018, he was awarded with The Mirpuri Foundation Carlos Avilez Theatre Award with The Last Station and received the scholarship from DGLAB/dramaturgy to write the trilogy The Holy Family. 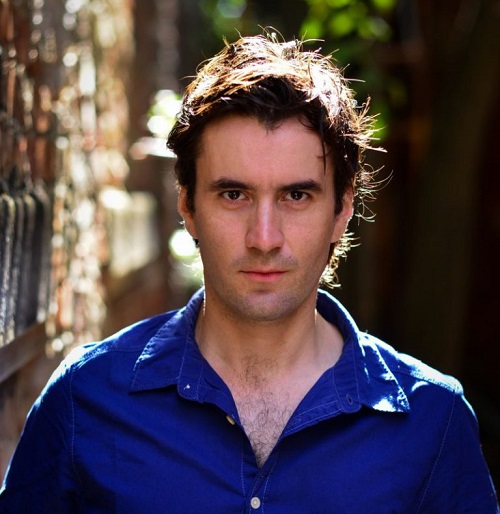