Bruno Monteiro is herald by the daily Público as “one of Portugal´s premier violinists”. Fanfare describes him as having a “burnished golden tone” and Pizzicato states that his performances are “technically and expressively outstanding”. The Strad characterizes his playing as “ardent and heroic”and MusicWeb International refers to interpretations that reach an “almost ideal balance between the expressive and the intellectual”. Finally, Gramophone praises his “unfailing assurance and eloquence”.

He leads an intense concert career as recitalist, soloist and chamber musician, having already performed in all the major musical centers of Portugal, with repertoire spanning composers from Bach to Corigliano. Internationally, he has appeared in Spain, France, Italy, the Netherlands, Germany, UK, Austria, Romania, Bulgaria, Ukraine, Israel, Denmark, the Philippines, Malaysia, South Korea and the USA. He has performed in prestigious venues such as the Palácio Cibeles and Casa de America in Madrid, Vienna´s Musikverein, Bucharest´s Cultural Center, Sofia´s Bulgaria Hall, Kiev´s Philharmonic Hall, the Felicja Blumenthal International Music Festival in Tel Aviv, Washington´s Kennedy Center and New York´s Carnegie Hall. In recital, he has performed with João Paulo Santos since 2002. He has been a guest soloist with orchestras such as Orquestra Filarmonia das Beiras, Orquestra do Norte, Orquestra Clássica da Madeira, Orquestra Sinfónica de Palma de Mallorca, Orquestra Sinfónica Portuguesa and the English Chamber Orchestra, among others.

Bruno Monteiro attended the Manhattan School of Music in New York as a scholar of the Gulbenkian Foundation and Centro Nacional de Cultura and later studied in Chicago under Shmuel Ashkenasi with the support of the Ministério da Cultura and the Fundação para a Ciência e Tecnologia. 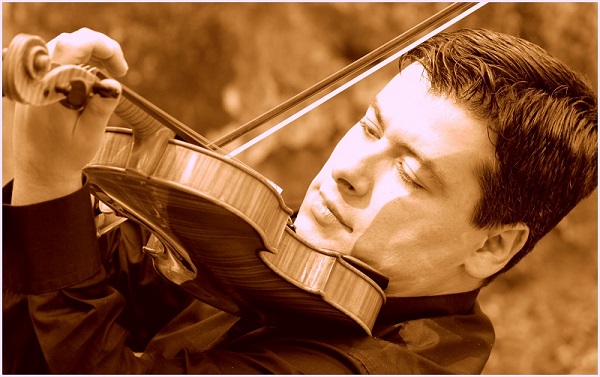