Judite Canha Fernandes was born in Madeira, in 1971, and grew up in the Azores islands.

She is a writer and a playwright. Her poetry book The most difficult part about capitalism is finding the place where to put the bombs was semifinalist at Prize Oceanos 2018. Her novel A step towards the south was Prémio Agustina Bessa Luís in 2018, received a commendation at Prémio Literário Dias de Melo, was nominated for Best Narrative Fiction Book in 2019 by Sociedade Portuguesa de Autores ((Portuguese Society of Authors), was semifinalist at Prémio Oceanos em 2020 and is part of the Plano Nacional de Leitura 2020-2027 (Portuguese National Reading Plan).

She holds a PhD in Information Sciences, is graduated in Aquatic Sciences, and post graduated in Library and Archives. She was Europe’s representative in the International Committee of the World March of Women between 2010 and 2016. 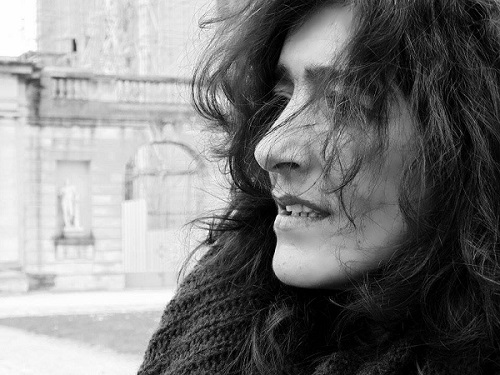