Sérgio Azevedo was born in Coimbra, Portugal, in 1968.

He studied composition with Fernando Lopes-Graça and later with Constança Capdeville at Superior Scholl of Music of Lisbon (ESML), where he finished his studies with the highest marks.

Azevedo won several important prizes, both in Portugal and abroad (United Nations Prize, Prémio Autores, etc.), and his works are regularly performed all around the world, being available in over 40 CD’s.

He published two books on music, “A Invenção dos Sons” and “Olga Prats – Um Piano Singular”, and colaborates with “The New Grove Dictionary of Music and Musicians” and national radio broadcasting (RDP).

He is frequently invited to write programe notes and to comment concerts for the National Theatre of São Carlos and at Gulbenkian Foundation. Sérgio Azevedo is PHD by Minho University since 2011 and, since 1993, teacher at ESML. His music is published by AVA – Musical Editions. 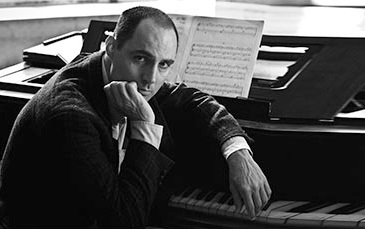