Juliana Conde is a curious traveler throughout the world of artistic creation and expression (Theater/Dance) rooted on the self-discover of the being through meditation, yoga, holistic arts and therapies. She born in Sines, Portugal where she started her journey as an actress on a local theater company named Teatro do Mar.

In the school year 2003 / 2004 she enrolled in the degree in Theatre – Interpretation / Theatrical Studies at College of Music and Performing Arts (ESMAE), in Porto-Portugal, having completed the degree with distinction in 2006 / 2007. In 2008 she received an award by the Engenheiro António Almeida given for certified for their distinction on the degree level in the city of Porto.

She Attended and concluded the intensive laboratory of physical Theater research The body’s Journey by the company Cie Pas de Dieux in Paris with Leela Alanis, 2014.

At 2014 she become member of the National Culture Center getting a scholarship under the project Young Creators with the project Sources Research Performative Arts – Theatre House, Índia. In all these years of investigation she participated, organized and trainned in many other seminars, workshops, formations and performances.

She is an Holistic and bodywork therapist. As Therapist and Yoga Teacher she works on body therapies, body awareness and meditation with different techniques such as Alexander Technique, Body emorional release, Biodynamic Massage, Ayurvedic, Tibetan, Thai Yoga Massage and other techniques as a result of different formations in Portugal, India,Thailand, Macau working in national and international Healing and Therapies Festivals. 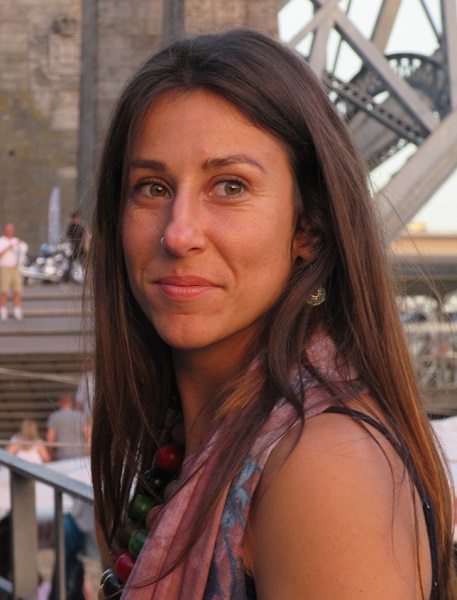