Portuguese violinist Heloísa Ribeiro started learning the violin in Porto with Suzanna Lidegran at the age of six. At thirteen she continued her studies with Zofia Wóycicka at Escola Superior de Música e Artes do Espetáculo (ESMAE).

At 17 she was accepted at the Royal Academy of Music in London with a full merit scholarship, where she studied with Professors Hu Kun and Igor Petrushevski. She graduated in 2007 with honours before returning in 2012 for a master’s course, being awarded a Santander Universities Award.

From 2007 to 2009, Heloísa continued her violin studies at the Hochschule der Künste Bern in Switzerland with the Austrian violinist Benjamin Schmid. In 2008, she was invited to play two recitals at the Mirabell Palace in Salzburg, where she also shared the stage as a duo with Schmid playing Handel-Halvorsen’s passacaglia for violin and viola.

In 2009 she became a student at the International Menhuin Music Academy in Blonay where she worked with Oleg Kaskiv, Phillipe Graffin, Hagai Shaham, and Gabor Tackaks-Nagy among others. In the same year, she performed as soloist with Camerata Lysy at the Zentrum Paul Klee, at the Casino in Bern, and in Saanen.

Heloísa gave concerts as soloist with orchestra, in recital and as chamber musician in Portugal, England, Switzerland, Holland, Germany, Monaco, Italy, Austria and the USA. She played for the first time as soloist with orchestra at the age of thirteen with Mozart’s G Major Concerto, and later played works by Wieniawski, Rossini, Lalo, Glazunov and Tchaikosky.

She won first prizes in all major violin competitions in Portugal, including the Julio Cardona International Competition in 2001.

Heloísa has recently recorded works for violin by the Portuguese composer Nicolau Ribas for Numérica. 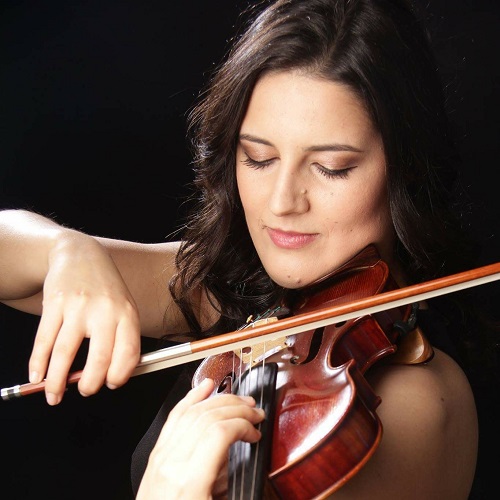