Catarina Vasconcelos was born in Lisbon, 1986. After graduating from Lisbon’s Fine Arts Academy, she moved to London where she pursued a MA at the Royal College of Art.

Her final project, the short film “Metáfora ou a Tristeza Virada do Avesso” (Metaphor or Sadness inside out), was her first film. “Metáfora” premiered at Cinema du Reel in 2014 where it was awarded the prize for the Best International Short Film. The film was screened in various festivals such as RIDM – Montreal International Documentary Festival (Best international medium length award), DokLeipzig, Moscow International Film Festival and Doclisboa.

Her first feature film, “A Metamorfose dos Pássaros” (The Metamorphosis of Birds”) had its premiere at the Encounters section at the Berlinale 2020. 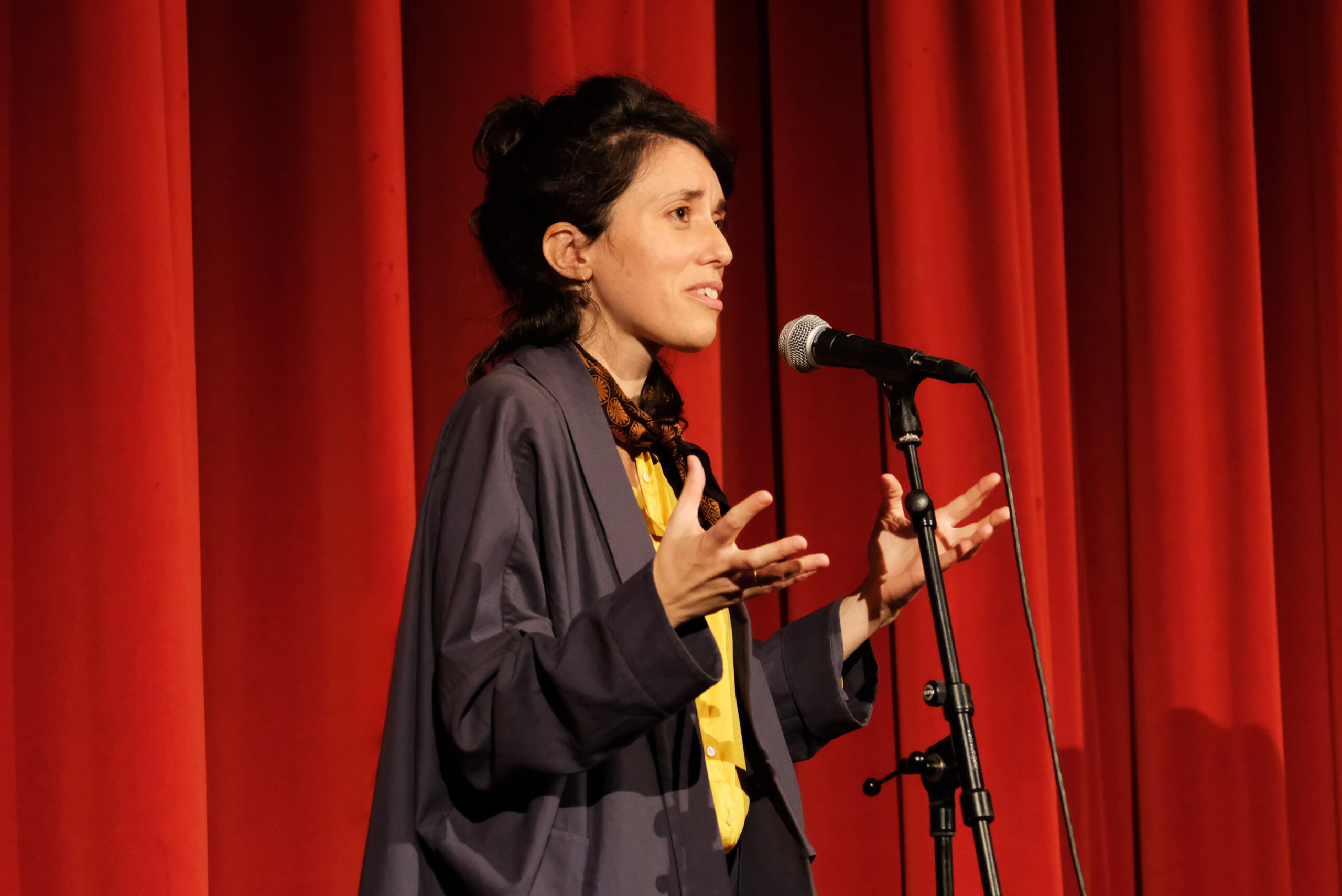