Ana Rita Barata was born in 1972. She studied Classical and Modern Dance at the Conservatory, and Improvisation, Awareness, Body-Mind-Center, Complex Movement, Contact/Improvisation and Video at the European Dance Development Center in the Netherlands.

As a performer, she worked with several renowned choreographers, such as Wim Vandekeybus, Steve Paxton or Samuel Louwick.

As a choreographer and artistic director, she worked with Pedro Sena Nunes from 1994 onwards in the creation of transdisciplinary projects and shows in different communities with special characteristics, with emphasis on the creation of CiM – Companhia Integrada Multidisciplinar in 2007.

She has been the artistic director and programmer of Vo’Arte  since its inception in 1997. 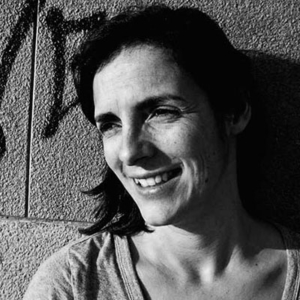