Mario Luis Grangeia participates in the recently published ebook of the Portugueses de Papel project, coordinated by the University of Lisbon with dozens of researchers.

The book is free to access and is available here » link

Caminhos cruzados: os portugueses e Portugal na ficção brasileira innovates by studying Portuguese characters in nineteenth-century and nineteenth-century Brazilian fiction. The 24 essays that make up the e-book are the complementary result of the Dictionary of Portuguese characters in Brazilian fiction. This dictionary, which is part of the project «Portugueses de Papel», directed by Prof. Vania Pinheiro Chaves (CLEPUL – Center for Lusophone and European Literatures and Cultures of the School of Arts and Humanities, University of Lisbon), can be consulted at https:// Portuguesedepaper.com. Started in 2015, the dictionary currently has some 146 researchers of different nationalities, belonging to 63 university centers distributed across Brazil (43 universities from 14 States), Europe (Portugal, France, Czech Republic, Germany, Spain, Italy, the England) and the United States. The corpus, still in formation, comprises romance, novels and short stories. The essays in this volume were presented at several events held in Brazil (2017, Rio de Janeiro and Belém do Pará; 2018, Rio de Janeiro and São Paulo; 2019, Salvador; 2020, Niterói), in Europe (2015, Lisbon; 2016, Lisbon and Bordeaux; 2017, Lisbon; 2018, Lisbon; 2019, Paris) and in the United States (2018, Boulder). The book is divided into three chapters: «Opentures», «Portugueses and Portugal in nineteenth-century fiction» and «Portugueses and Portugal in nineteenth-century fiction». 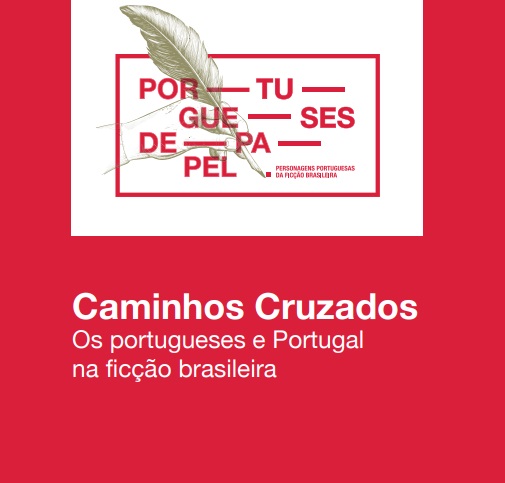