Jury says that “Destino Aziago” allows readers “access to a trilogy that closes the cycle started by a fundamental work of literature on the islands, Chiquinho”

Cape Verdean writer José Joaquim Cabral is the winner of the fourth edition of the Arnaldo França Literary Prize, awarded annually by the Imprensa Nacional-Casa da Moeda, of Portugal, and the National Press of Cape Verde.

The novel “Destino Aziago”, which competed with 13 other works, won the unanimity of the jury of the prize that bears the name of the most important literary critic in Cape Verde and which is open to Cape Verdean citizens, in the country or abroad, and to foreigners residing in the archipelago in the last five years.

Cabral, who competed under the pseudonym Beto Zabe, has proved to be one of the prolific Cape Verdean writers, publishing several works of fiction, but with strong roots in the history of his native island, São Nicolau, and the country.

This novel “reflects on the unavoidable theme of the Cape Verdean diaspora, with a remarkable approach in the solid construction of the characters, in the emotional design of the landscape and in the reference to the history, culture, traditions and dynamics of Cape Verdean society, especially São Nicolauense”. “, highlights the jury, chaired by the writer, professor and anthropologist Manuel Brito-Semedo, quoted in the press release of the National Press-Casa da Moeda, from Portugal, released this Monday, 17.

With “Destino Aziago”, the jury continues, “young and less young readers thus get to know the history of Cape Verdean land, with the original written in two hands, also recognizing the dynamics of the route of Cape Verdean identity. -contemporary verdiana for the arrival, through fiction, of one of the least contemplated periods in the national literary historiography”.

This novel, which will be published until the end of the year, as part of the award, will also give readers “the opportunity to have access to a trilogy that closes the cycle started by a fundamental work of Cape Verdean Literature [Chiquinho). , by Baltasar Lopes, from 1947]”, concludes the jury, which was also made up of university professors Maria de Fátima Fernandes and Paula Mendes.

“A Tribute to the Land of Great Writers”

In a brief reaction to VOA, Cabral states that “more than an individual award, it is a collective one, and a tribute to the land of great writers, and honored for continuing the ‘Chiquinhagem’ that Baltasar Lopes da Silva was unable to perform”.

Graduated in business administration in Brazil in 1990, during his professional career he held several positions in public administration and currently serves on the Board of Directors of Escola do Mar, in São Vicente.

The Arnaldo França Literary Prize aims to promote the Portuguese language and literary talent in Cape Verde, as well as honor the outstanding figure of literature and culture of the Arnaldo França islands. 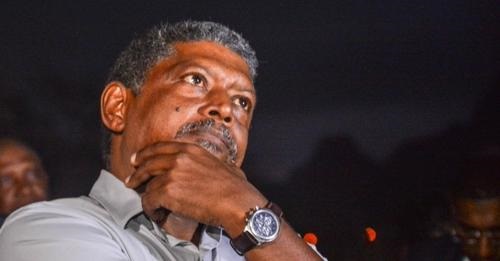