A FAVOLA DA MEDUSA is an improvised music group formed in 2010, which has a variable line-up and often incorporates poetry. Following DADA DANDY (Slam Records, 2014), they have just released HERBARIUM (A Palavra, 2021).

At this launch, on 2 December 2021, in the Fernando Pessoa Gallery at the CNC, Miguel Martins spoke to us about the band’s journey so far, in a conversation interspersed with performances by some of the participants on the CD: Filipe Homem Fonseca (theremin), João Pedro Viegas (bass clarinet), Mário Rua (percussion) and Ana Água (poetry).

Miguel Martins received a grant from the ‘Jovens Criadores’ (Young Creators) programme in 1991 and the ‘Criar Lusofonia’ grant in 1995.

This event was part of the ‘Bolsa das Artes’ project, with the support of the ‘Garantir Cultura’ programme. 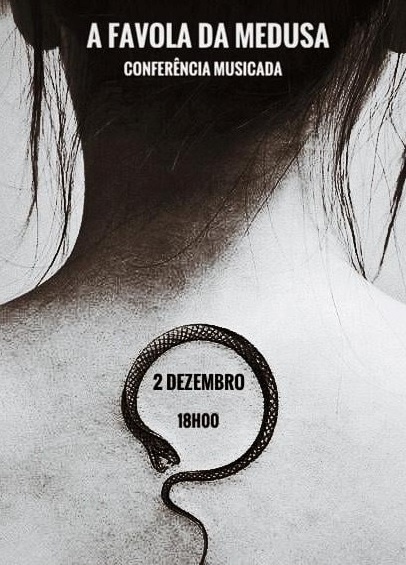