Born 1980 in Rio de Janeiro/Brazil.
Vinicius Jatobá is a narrative, essay and theatre writer.
He was chosen as one of the Best of Young Brazilian Writers by Granta Magazine. His stories have been translated to English, German, French and Spanish and his theatre sketches have been read and produced in the USA, France, Austria and Germany.
In 2013, he was awarded with the Icatu Prize for Arts and the National Prize for Drama: City of Belo Horizonte. From 2015 – 2017, he was an artist-in-residence at Cité Internationale des Arts and at Centre Internationale Les Récollets, both located in Paris/France. In 2017 he won the Portuguese Criar Lusofonia fellowship.
Vinicius Jatobá holds a Ph.D. in comparative literature.
From January 2018 to June 2018 and from January 2020 to March 2020 Jatobá was a fellow of Akademie Schloss Solitude.
In March 2020, he was a fellow in cooperation with Literaturhaus Stuttgart.
From April to July 2020, he was a fellow in cooperation with Theater Freiburg. 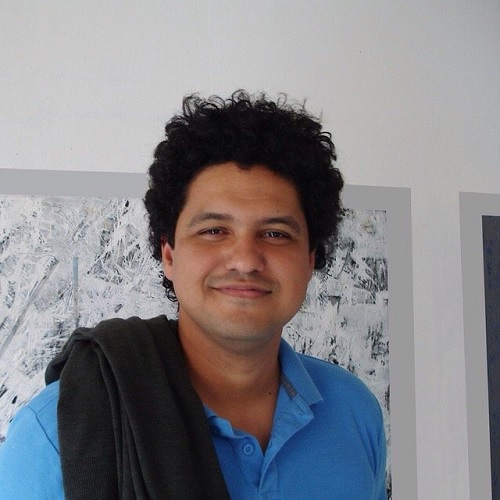